Our Breakfast News event has been running for a long time, but July 2020 marked a new milestone: the first time it was run virtually, with more people able to attend than ever before.

We delved into what the student recruitment industry can do to improve racial justice, the Race Fairness Commitment and how students are feeling about employers and racial justice in light of the Black Lives Matter movement, with a survey of almost 1,000 students run especially for Breakfast News by our research business Trendence UK.

Thank you to our guest speakers: June Sarpong OBE, broadcaster and head of creative diversity at the BBC; Andrew Baird, director of consulting at Blackbridge Communications; Louise Zekaria, head of inclusion and CSR at Macfarlanes; Declan Curry, business & economics journalist and broadcaster; and Kura Dione-Warren, director at RARE recruitment.

And there may not have been bacon and eggs, but we didn’t lose the ‘Breakfast’ completely. A bag of Pact coffee was delivered to everybody who signed up to attend and, judging by the lively discussions in the chatbox, it did the job of waking our attendees up!

Here’s a recap of seven key points raised by our speakers during the event.

1. We need to harness the energy and turn it into something tangible

We’re seeing a lot of student energy at the moment, questioning their universities on what they’re doing to tackle racism on campus (for example, calling for statues such as Cecil Rhodes in Oxford to be taken down). Then we have the employer energy. Organisations ranging from Disney and Facebook to McKinsey and J.P. Morgan have made big statements about their complicity and determination to be part of the solution. We need to make sure this energy brings real results – the dismantling of any existing racism in our organisations and the advancement of equal opportunities for all.

In the run-up to Breakfast News, Trendence UK surveyed almost 1,000 students on racial justice and student recruitment, with 56.7% of respondents identifying as black, Asian or mixed ethnicity. When asked the question ‘How important is it to you that your employer takes a clear, positive stand on racial justice?’, 89.6% of black respondents, and 69% of all respondents, said very important. There is a strong case for building your current diversity status and plans into your employer brand communications.

But the findings also reinforce that actions are more important than communications, especially for black students. When asked about the most important things an employer should do to promote racial justice, 72.1% of black respondents said policies to remove bias from recruitment and promotion processes, and 53.6% said close ethnic minority pay gaps. When asked how an employer should advertise its commitment to racial justice, 57.9% of black respondents said disclose its percentage of ethnic minorities in leadership positions, 50.3% said disclose its percentage of ethnic minority hires and 47% said share career stories of ethnic minorities in senior positions. Only 32.2% said create a statement that explains its commitment to change and 15.8% said feature ethnic minorities heavily on its careers site.

3. Data transparency is imperative – especially on the ethnicity pay gap

The Race Fairness Commitment asks its participating employers to, among other things, complete ethnicity equal pay analysis and commit to monitoring interview, offer and promotion rates for black, all ethnic minority and white groups with a view to publishing externally at least once a year. As the findings from the Trendence UK survey demonstrate, there is a demand from students for employers to be transparent and disclose this information.

In 2020, Macfarlanes decided race and ethnicity would be its focus. For example, all of its external speakers this year are BAME employees, and it introduced its reverse mentoring programme, with its BAME trainees mentoring senior partners, which has continued over Zoom during the coronavirus pandemic. However, it took several years to be in the position to make this commitment. It started in 2018 with an inclusive leadership programme – working with partners to complete a deep dive into each practice area and come up with five or six actions each, which were then condensed into 25 people commitments. Between then and now, it has been working on several initiatives, including a female lawyer forum and focus groups with its BAME fee earners.

The moral of this story? There isn’t a quick fix for racial injustice. Organisations that want to tackle this issue need to be in it for the long haul.

5. It’s not just a challenge for your copywriter – everyone needs to champion the cause

Racial justice shouldn’t just be about those discriminated against fighting back, and diversity and inclusion within an organisation is not a challenge for just one person or one team. Everybody needs to be engaged on the topic – especially the senior leaders who have the most power to shape the organisation’s direction and encourage people to champion the cause.

For example, Macfarlanes ran roundtables with its male, predominantly white, lawyers to feedback on the results of its focus groups with BAME employees; the senior leaders participating in its BAME reverse mentoring programme were also given a list of books and podcasts to work through; and, in June, its Black Lives Matter response included a series of reflection sessions – black colleagues talking about their experiences, a talk on racism in the UK and USA and a panel discussion on what Macfarlanes can do. All of this has helped its employees understand how to be active allies.

At a bare minimum, employees should be made aware of your organisation’s zero tolerance of racism. The Race Fairness Commitment asks its participating employers to communicate this to every new starter and at least once a year to the whole business.

Many employers have worked on the recruitment of a more diverse workforce and eliminating bias in this process, but the effort needs to extend to retention and progression. Respondents to the Trendence UK survey identified one behaviour associated with racism as ‘employing ethnic staff for low-level jobs but not hiring them in high-level positions, just so you can say you have a diverse workforce’.

Work needs to be done to ensure that black, and all ethnic minority, employees can be themselves at work, remain at the organisation as long as their white counterparts and are as likely to be promoted.

7. Anything is possible with a combination of equal opportunities and self-belief

We’d like to end this recap with June Sarpong’s retelling of a story passed down to her from her grandmother. The story follows Anansi the spider, who is at the bottom of the animal kingdom and wants to progress. He decides to ask the Sky God to buy his stories to help him do so. The Sky God says no at first, but Anansi doesn’t give up. As June says, when you’re at the bottom of society, you have to innovate and learn how to turn a no into a yes. So, the Sky God sets Anansi a task and tells him that even kings and queens have failed it. Anansi goes away and completes it, and the Sky God is so impressed, he gives him the stories and makes him the king of the animal kingdom.

June highlighted that there are two crucial things that made Anansi’s success possible. The first is equal opportunities – the Sky God let Anansi try the same task that previous kings and queens have failed. The second is self-belief. The Sky God didn’t think Anansi could do it, but Anansi believed in himself.

A big thank you once again to all of the guest speakers and attendees.

For more information and to view the full findings of Trendence’s survey on students’ feelings towards employers and racial justice, click here.

Is your recruitment process a help or hinderance to social mobility?

Newcomer GTI make the final six at the RIDI Awards 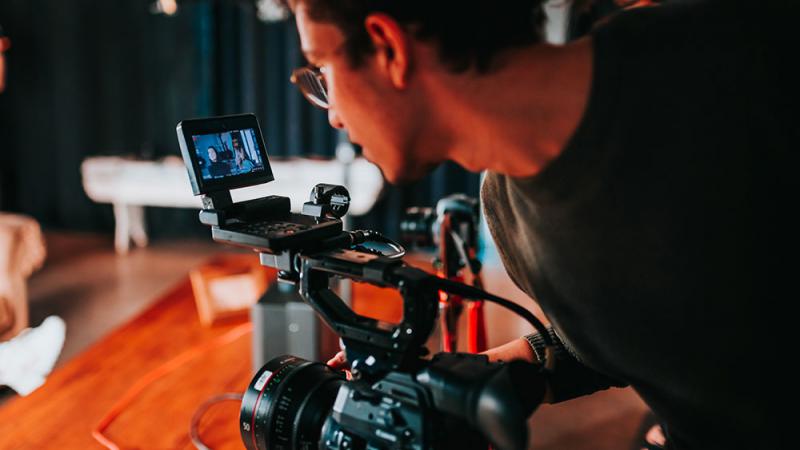 Video is quite clearly leading the way for customer engagement and interaction and is only getting more influential as time goes by.

You can’t keep a woman down 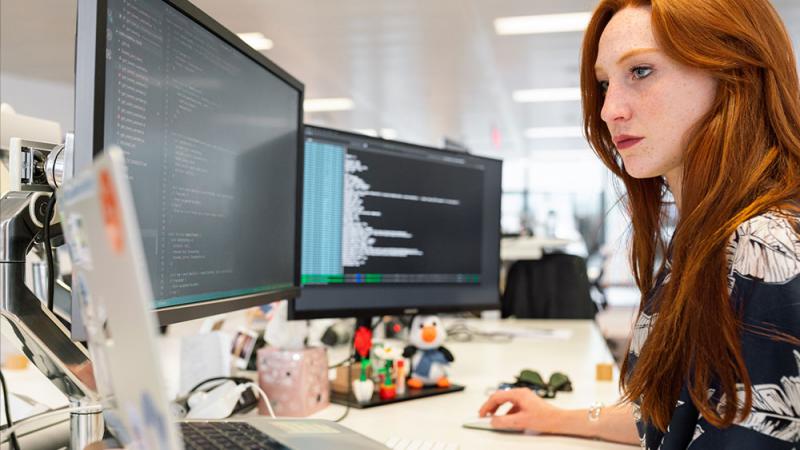 ‘Men and women are different. Girls like pretty pink baby dolls, hair, make-up and cooking; men prefer big blue fast cars, fighting and building things.’ These are all stereotypes that, as a society, we have started to outgrow and will hopefully soon leave in the past – but why have we yet to see the same progress in the jobs market?