Artificial Intelligence: can it really deliver?

On Thursday 5 May, GTI CEO Simon Martin chaired the latest in the TARGETconnect webinar series, in which experts gave their opinions on the world of Artificial Intelligence (AI) in early careers, its vast potential, its possible risks and where it might fit into early careers space. Let's look at just a small part of what was discussed during this session.

The webinar explored themes relating to the broadening world of AI from the perspectives of three panellists with considerable experience in this area. They were:

Sherry Couto CBE: a non-executive director at Pearson, London Stock Exchange, Raspberry Pi and Workfinder, Sherry is also a director at The Royal Society and a member of the Institute for Ethical AI in Education. Alongside this, she is a serial entrepreneur and angel investor.

Trish Shaw: founder of the technology ethics consultancy Beyond Reach, Trish is also chair and trustee of the UK Society for Computers. Added to this is her role as an advisor and standards writer, including in ethical certification, for AI Systems.

Sam Gilbert: a member of the Bennett Institute for Public Policy, Sam is the author of Good Data: An Optimist's Guide to our Digital Future. He also works with Bought by Many, Experian, Santander and Halifax.

The session objectives were to discuss:

Simon touched on the opportunities for AI to support people as they start their first job and beyond –  through:

What is the definition of AI?

Sam Gilbert said that if you were to describe AI as a brand, it would encompass decision-making algorithms, predictive analytics and machine learning. The 'golden thread' uniting these is AI's ability to apply computing power to very large datasets.

How does AI differ from ML?

Sam added that machine learning is one of the best known and prominent types of AI. It's when developers essentially set systems a 'goal' but do not set an exact process. So, ML systems can improve automatically as they experience more workflows and gain more data. An example would be how the Netflix algorithm changes depending on your viewing history.

What are the two biggest risks of AI?

Trish Shaw said that the biggest obstacles facing AI were a potential lack of good data and poor governance. She explained that good data is dependent on stakeholder buy-in on the development and future of AI and that solid data is needed to make solid decisions. Trish added that the best way to use AI is for augmenting and informing the decision-making process. Without doing this and using solid data, the result, she said, is bias or skewed results.

How should educators prepare young people for the future?

Sherry Couto discussed how young people would have to navigate a very uncertain future. It's vital, she added, that they develop and maintain a mindset that encourages them to explore. Work experience is vital to this, and educators should introduce as many experience-based elements as they can to the learning process. She added that AI and ML were key tools in the development of many new businesses and that 45% of GDP is generated by companies that are less than five years old. This illustrates, Sherry explained, how quickly the landscape can shift and how opportunities can develop, and students and graduates need to be able to adapt to make the best use of them: ‘We need to give them the confidence to help create the world that we want to live in.’

Sam Gilbert wrote his recent book on the positive uses of data to balance and push back on the notion that large datasets and AI are generally used for non-scrupulous commercial gains.  He was also looking to discover the positives and opportunities when writing. 'Web search data is effectively a window into the collective consciousness of humanity,' Sam said. He showed how search data is the beating pulse point of current human interests, whether this informs how retailers should best describe their products or explains why insurance for the pug dog breed was an unmet need. It can have real societal benefits too, Sam explained, pointing to search data relating to Covid-19 symptoms in various UK regions, which led data scientists to accurately predict spikes in infection ahead of official announcements.

Trish Shaw spoke about the challenge that AI faces in safeguarding good outcomes and the ethics, opportunities and risks that this sector faces. She stated that it was vital to remember that people are behind every aspect of AI, whether that’s coding, designing or interpreting outcomes. Bias is a risk when it comes to dealing with some datasets, but she argued that not all bias is bad: for example, there may need to be some positive bias in financial services when providing credit to people. Can they afford the loan? If not, the decision to refuse is an example of positive bias. Trish highlighted what can happen when algorithms go wrong through two examples from Amazon: one where an AI-generated CV selection software was discriminating against female candidates and another where Amazon delivery drivers were hanging smartphones off trees outside delivery depots to usurp the company's geolocation tool for work allocation. She also discussed a case in which Uber drivers took legal action against a company that made AI-influenced automated decisions concerning staffing, known as 'Robo-firing'.

Sherry Couto spoke of AI in terms of careers and how AI and automation have a transformative impact across many industries and sectors. She also said that, while jobs in large employers were those most recently cited, 100% of net new jobs in Europe were with companies less than five years old. It’s these companies at the cutting edge of making data-based decisions, Sherry explained.

She cited an example from Royal Society research to show the trajectory of the importance of AI – that demand for data scientists and data analysts has increased by 8,369% over the last three years. Sherry added that, according to data from Wise, 31% of young people feel that they don't have the necessary skills for the world of work, with 71% citing a lack of work experience as their main deficit. Sherry believes this emphasises the importance of work experience and internships. 80% of employers surveyed said they would hire a B- student with relevant work experience ahead of an A+ student with no relevant work experience. Alongside this, 67% said that job-related knowledge is more important than a degree when it comes to success in life. Sherry also mentioned that she was very excited to be working with GTI on AI-based solutions that embrace ethical considerations and work actively to counter bias.

At the close of the discussion, Simon asked the panellists what their vision of the future for AI was in terms of how it would transform traditional sectors such as law and how important an ethical framework is for AI in education.

Trish explained that law had undergone massive changes and would continue to evolve because of AI and ML, but that the benefits were that automation was removing some of the more laborious work and allowing professionals to focus on deeper tasks.

Sherry stated that an ethical framework for AI is essential and that there is a duty for companies to use AI to support and enhance practices that are research-based, not bias-based. Due to privacy breaches and the liberties that some companies have taken with personal data, she believes there will be an incredible backlash against such practices in the future – and that this was justified. Sherry also said that AI should be used to narrow educational inequalities and allow learners to have more control over their educational development. In closing, she discussed how fear stops us from making the most of some of the advantages provided by AI driven platforms and, when judged in its entirety, the good should far outweigh the bad.

When you jet-set off on holiday to a far-away and exotic country, you absorb the culture. You observe how they do things, their values, their beliefs, their pastimes and how the people welcome outsiders into their home. 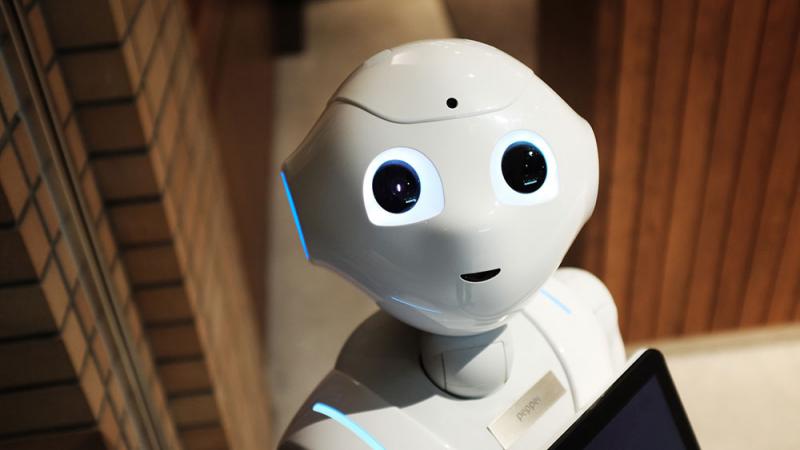 As we advance into a new age of technological evolution, ‘Artificial Intelligence’ (AI) is at the forefront of looming radical changes headed our way. With computers able to carry out basic operations 10 million times faster than the human brain, and store vastly more data, it is no surprise that we have sought to integrate these computational mega-brains into our industries. 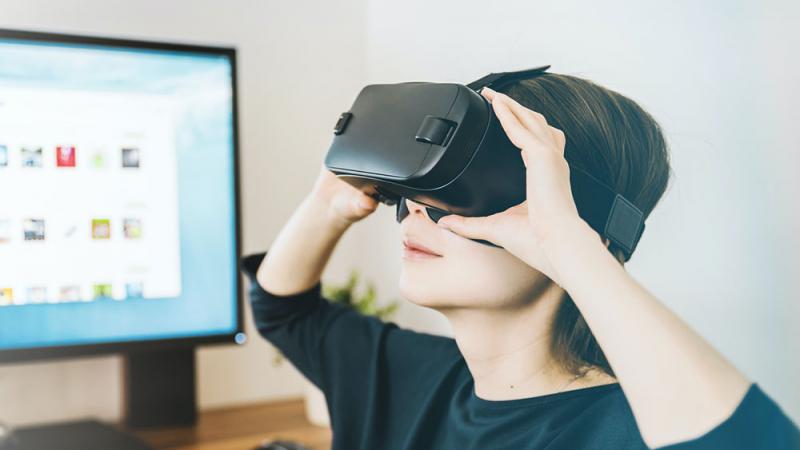 "Technology changes everything. It continues to create, innovate and transform our daily lives. The beauty of technology is that it does not see people according to their gender, colour or ethnicity. And yet this is not reflected in gender diversity in the tech workplace."